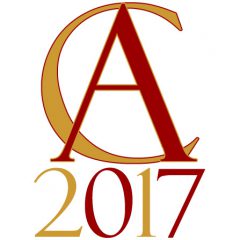 Proposed by our Director Mtro. Vicente Sanchis Sanz and in collaboration with Escuela de Música y Danza Albéniz and Tomares Town Hall, a call is open to participate in this polyphony composition contest.

A composition for chorus (4 voices) based in the poem by Fernando Villalón “Diligencia de Carmona” have to be send before August 30. Although, the rules are in Spanish the contest is open to composers from all over the world.

A 1000 € prize will be granted to the best composition and “Polifonica Tomares” will be in charge of the premiere during the X International Polyphony Meeting “Ciudad de Tomares”, that is a CANTA EN ANDALUCÍA 2017 project festival.

The official Contest rules (in Spanish) can be dounloaded HERE (BasesCCPCT2017)

Canta en Andalucía in the media.

The interview starts at c. 3h:10min (in spanish)